Year In Review, kinda. And an end of the year sale!

As expected when I started school, photo stuff has fallen to the side, and with it updates to this blog. I am still working on little things from time to time, and hope to get better at squeezing in shoots during semesters when I have the time, but I can't guarantee i'll get better at keeping this place up to date like I do others. [If you don't already, i'd suggest following my instagram, twitter, or facebook page, since I do update those regularly.]

I'm also going to just slip my year in review in here, since it's going to be incredibly short. I only had two shoots with other people this year, and most everything else were little mixed media things: 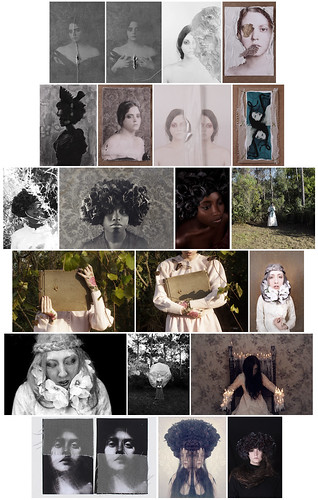 Even my least productive feeling years didn't result in so few images. It makes me incredibly sad.

Otherwise, to celebrate the end of this year [which has been fairly awful, but i'll get to that in a minute] i'm having a 25% off sale in my etsy shop.

Just use coupon code YEAREND when you checkout. Can't be used with any other discounts, and it expires January 1st.

So, what has been so awful about this year? First, Siren (the cat) was diagnosed with kidney failure and some spinal issues. We got lucky in that he's been responding really well to his new diet and extra fluids, and that during being knocked out to have some scans done on his spine something slipped back into place, and he went back to his normal self. This helped us avoid a pretty serious surgery that could have stressed his kidney's, and our bank accounts. We've taken measures to make sure he can't be too crazy and get things out of wack again, but with his kidneys it's just a matter of time and things could take a turn for the worse really quick.

Then within the past few weeks Rowan (the dog) was quite suddenly Not Right, and with an emergency trip to the vet was diagnosed with later stage congestive heart failure as well as an arrhythmia. We're still in the beginning stages of treating it, and like Siren things could change really quick and she'll be gone, but right now she's responding really well to the slew of meds she's on.

On top of this, B (the human) has been sick with a long list of symptoms and no diagnosis for around 6 months. Several doctor visits, medications, a few trips to the ER for bad reactions to some of said medications, and lots of tests somehow turned up nothing. Until today, when during ER trip #3 she was diagnosed with heart failure, likely due to a viral infection in her heart. We still don't know much, and she'll be in the cardiac ward for an unknown amount of time.

So pretty much everyone under this roof but me (*knocking on all the wood*) is sick with Serious Stuff. And then there have been the little things, like the lack of time for art things, school kicking my butt [but it's ok, I had all A's my first two semesters, 3 A's and 2 B's the third] which caused a lack of any sort of social life. Seriously, that's the summary of my year. Little else to add. Everyone was sick, school was hard, I had no life. Period. So I feel validated in hating this year.

Posted by Caryn Drexl at 01:09:05 AM in Photography, Talky Posts, Year in review