Nothing ever goes as planned!

I've settled into North Carolina........ kinda. We found it hard to find a place when we were still in Florida, and this area doesn't ever have a whole lot rental wise at one time, so we made the decision to do a 3 month lease at a small apartment while we looked, leaving behind some non-essentials, as well as most of my photo/studio stuff.

After almost 6 months, a whole lot of ups, downs, and one serious house related heartbreak later, we're still going month to month at the apartment. And since we're entering winter we're not super hopeful we'll find something until next year.

AND I still don't have a dog either. =( That might be even worse. It has been more than a year since Rowan passed away and it's getting more and more difficult to live a dog free life.

That said, as frustrating and anxiety ridden as this whole thing has been, I love being here. The mountains! The weather! (Well, the summer was very Florida-esque, but given that there are 4 seasons and it left when it was pretty much supposed to, I'll live with it!) All the old houses and downtowns! Proper downtowns! Florida can suck it!

I mean, it's not perfect, but I feel more at home here. I couldn't ever really say that about Florida.

While I do have my camera with me at least, lets just say my general emotional state has left me lacking in the motivation department, especially when I don't have all my props and stuff. Plus I haven't figured out yet where outdoors I could shoot without getting shot, you know what i'm sayin'?

BUT! That doesn't mean I haven't done anything! I've been working on more mixed media pieces, including dolls! Here are pics of the few i'm completed so far: This is Penny, and she's still available. If you click on the image you can go to her listing on Etsy and see more images. Or, you know, purchased, it feel compelled to. (Patreon patrons can get her at a lower price, fyi!)  She was time consuming, but I really loved doing it. And miraculously I managed to NOT bleed all over her! (Needles, man!)

I have 3 other dolls similar to her, I call them her sisters, and while I've started the second, Cada (can you guess where that is going?) she'll be even more time consuming. Definitely won't be available until sometime next year.

And this is Betty, who has already found her home: 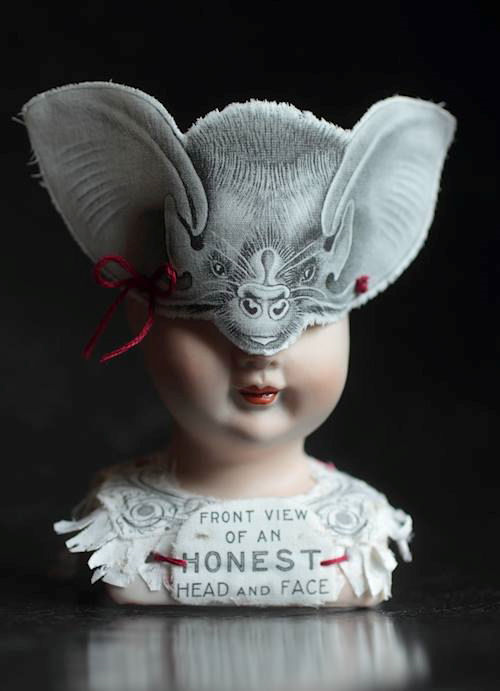 You can see more pics of her (here)

I've already purchased a few more busts, so there will definitely be more like this as well. They don't take as much time so it's nice to work on them when I need a break from the full body dolls. I just keep facing the problem where the bits and pieces I want to use on them are with my props in Florida. That's not irritating at all.

Using test bits I've had sitting around for a while I've been creating a few new mixed media pieces on fabric and paper, but I haven't 100% completed them yet or taken proper pictures of them. But here's one decent shot from my phone of one of them: 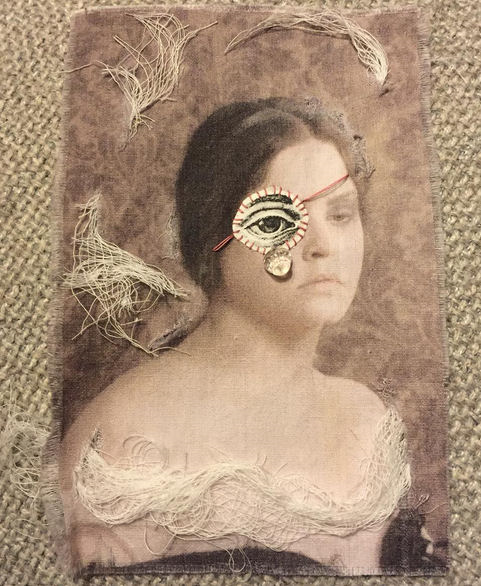 I'd wanted to get this, and another, up in the shop in time for Christmas, but thanks to school (end of the semester fun times) that's not going to happen.

So yeah. That all pretty much sums up the last 6 months for me. Hopefully something gives soon. I've learned that I don't do well without stability!