I know most of us can agree that generally 2016 was a dumpster fire of epic proportions. (A fire that doesn't look like it'll be going out right away.) For me personally I'd say it was more just frustrating, a feeling I seem to live in constantly these days.

That 3 month plan to live in an apartment upon moving to North Carolina in 2015 has now almost stretched to 2 years. If things go as planned we might get out just before we hit that 2 year anniversary mark, but considering how plans usually go around here I'm not holding my breath! While it has been a pain in the butt to not have a lot of my photo stuff (it only just left Florida!) and to have to put photography on hold, I can recognize now that it hasn't been the worst thing for me. As I spoke about previously, I'm getting nice and comfy with mixed-media work, and it's not something I think I would have devoted so much time and energy to if I hadn't been forced.

Honestly, sometimes I wonder if I'm still cut out for the straight photo stuff. These days when I get print orders they feel flat and boring to me. Obviously though the fulfilling part has always come from planning, creating and shooting, not the final product. Since it has been so long I might also be too disconnected from it right now. And I know full well I'd never give it up entirely. But it's something that crosses my mind from time to time as I work on others things.

All that said, I still find myself having to battle fear and anxiety in creating what I really want to mixed-media wise, just like I have with my photography. I'm always my worst enemy! But money and school taking up my time effects things as well. Like always. It seems like details might change but not the over all picture, which is probably my fault. Ah well, things to work on I guess. 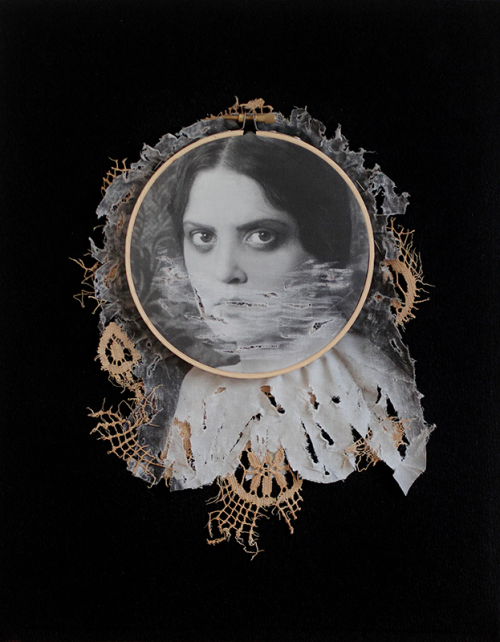 Haggard. (You can see more here)

One of those happy accidents I manage to create so often. The fabric print came out "wrong" in areas, and then I ended up hating what I was planning to do anyways. At least this time I ended up liking the end result much better. (The framed original has sold, and I miss it.) 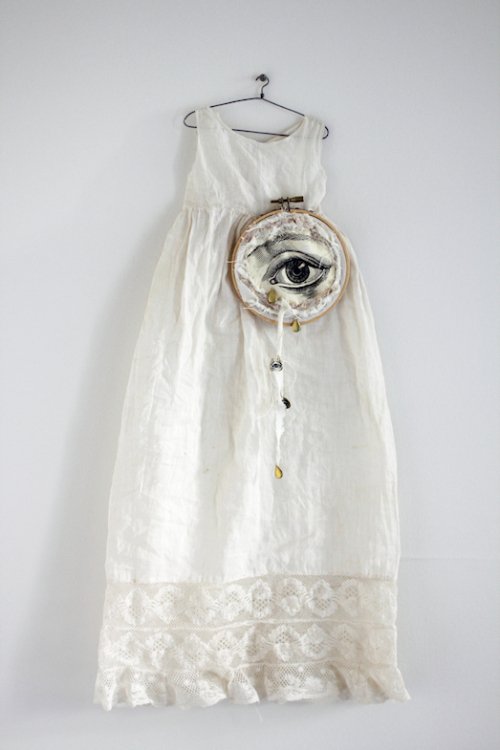 It's in the eye. (You can see more here)

I wasn't intentionally going for this whole embroidery hoop thing, but I'd used the hoop for its actual purpose and then realized I liked it better with it in place than without. This has sparked a bunch of ideas that maybe I'll one day get around to actually achieving. (Original has sold.) 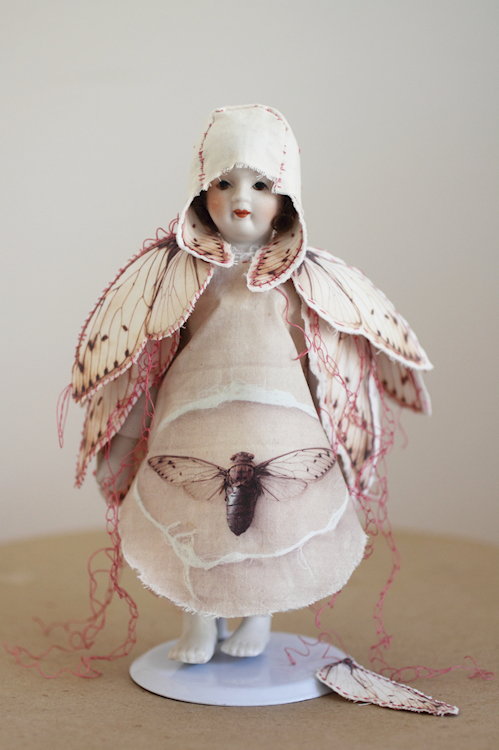 My attention span when it comes to dolls seems to be one a year, so that's my current goal. Ha! Cada though was definitely much more hands on than my first one and took me forever to push through. But I did everything you see by hand, and all the images were my own, even the wings. 22 in total because they're double sided. (Good thing I took and saved closeup shots of the cicada wings!) My fingers still ache just thinking about it. (Sold.) 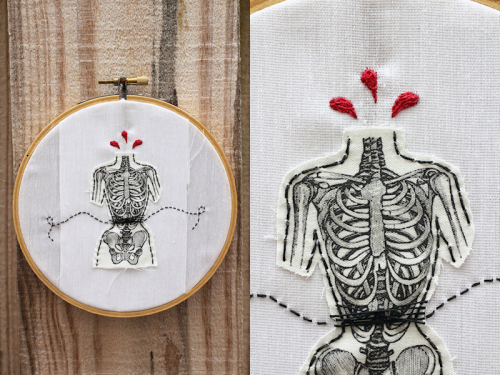 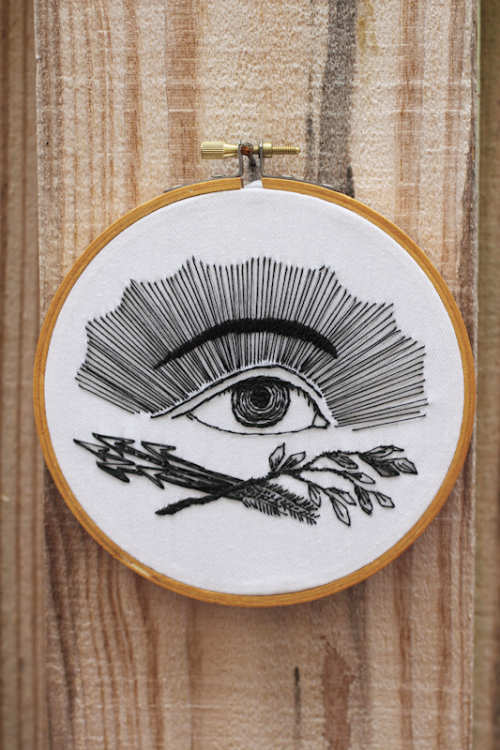 All I See (Still available!) 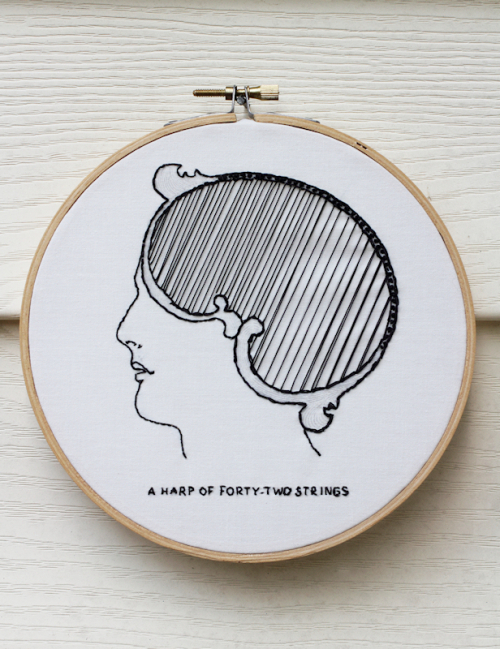 A Harp of 42 Strings (Still available!) 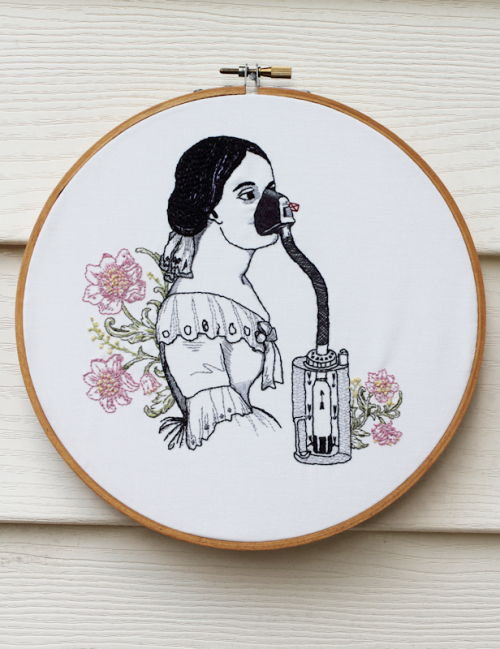 These were all old public domain images I'd saved with plans on using them for digital work. This last one I reworked some. I have a stack of images and hoops still waiting for me so there will be more. One day! 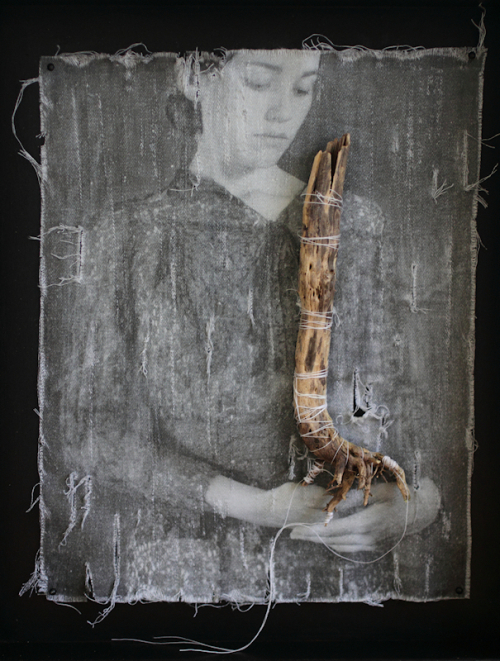 This one was completed in 2016 technically, though I didn't get it in the shadow box until this year. Being the control freak that I am I much prefer it if I can dictate how the piece be displayed, especially since with mixed-media pieces it is kind of an unknown how long they'll last if not protected. (The fabric pieces should last a while, I use fabric that is meant to be washed and used for quilts after all. But I'm still a bit nervous of them being left out in the open, even more so if i've distressed the crap out of them.) Anyways, this one will be available in the shop soon.

Otherwise, I survived my first year with pup Asher, who finally seems to be calming down some. We were lucky enough to be contacted by the lady who had his mom when all the pups were born and she gave us a pic of him as a newborn. The rescue we got him from also connected us with the other families who adopted his siblings and we got all but one of them back together to "celebrate" their first birthday. (Which basically means we watched them play for 2 hours, but who am I kidding, it was fantastic and it might end up being a yearly thing.) 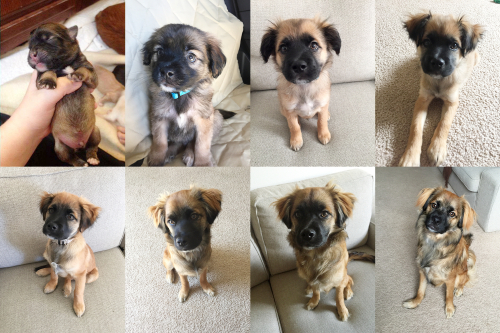 The little weirdo keeps changing looks wise, who knows what he'll look like in a year. Hopefully soon he'll have another furry sibling around to keep him company.

Which is the other thing, we had to say goodbye to Siren this year. B got him as a kitten a month before we met, so after 17 years it was incredibly hard to suddenly not have him around. 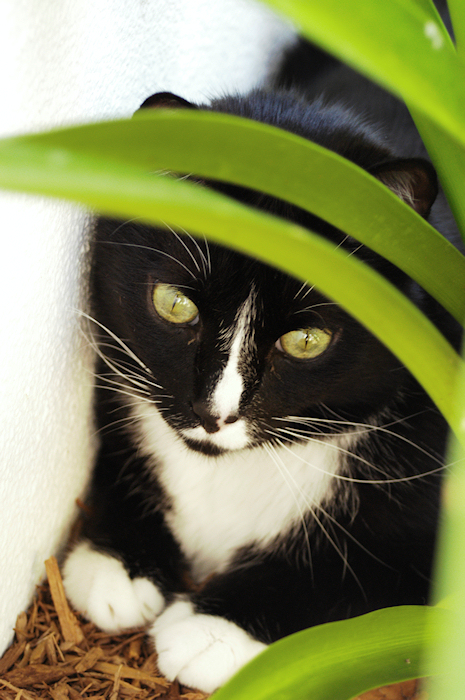 So, 2017. All I can do is cross my fingers that I can reclaim some sort of normalcy, and in the meantime I'll just keep plugging away doing what I can. And I should probably check the news less, because I don't currently have enough dogs to  adequately distract me from the insanity that's happening every day.

I have two full body dolls left of the 4 set I purchased, and I have plans for those, I just haven't gotten started on them yet. Also have two doll busts who are waiting for me. I leave them under my monitor so that they're always staring at me, reminding me that they're there, only now i've just gotten used to them so it's not proving as effective as I hoped. But I don't think I'll be going to school this summer, so I'll have no choice but to buckle down on art (and hopefully photography) work then.

Caryn - your creative passion is intrinsic and BEAUTIFUL.. in whatever form it takes.

Florida misses you... but I hope your 'apartment plans' work out soon for you!
Keep on, keepin' on!